Vandesteen and Optimal Enchantment Together Again at T.H.E. 2015! 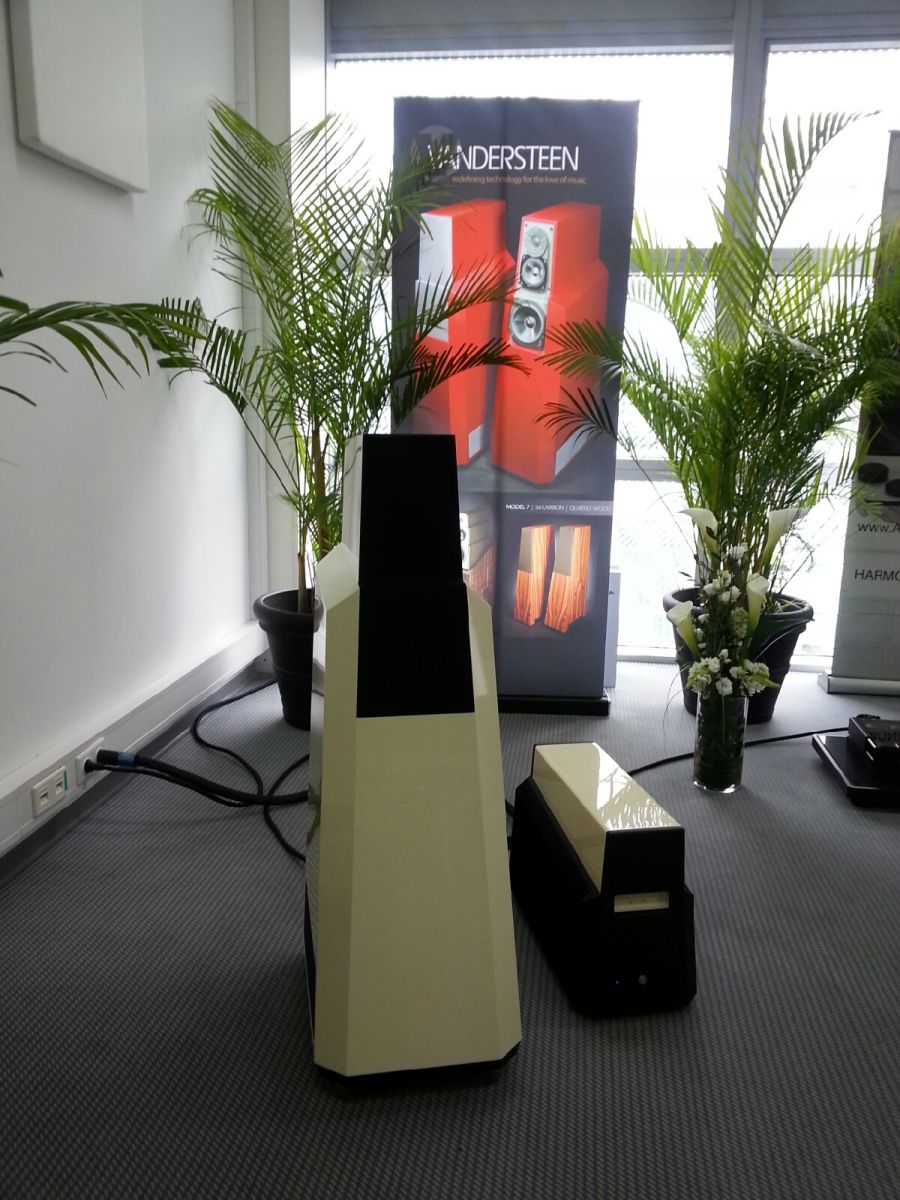 The original Model Seven has been in constant production for over five years, an unprecedented run during which it's been firmly ensconced as a Stereophile Class A Recommendation, a perennial TAS Editor's Choice winner and has won universal praise from reviewers and consumers around the world.

The improvements with the Model Seven Mk II are driven by the discovery that mechanically altering the “acoustic lens” that surrounds midrange and tweeter aligns the acoustic centers of those drivers just enough to substantially decrease the amount of hand tuning required for the compensation network. The result is even more natural, open sound for a soundstage that is palpably taller, wider and more “3D” in its image focus and specificity. Further improvement was realized by weaving the voice coil leads directly into the spiders of the push-pull subwoofer cones in the powered subwoofer, strengthening the connection between the integral power amplifier and subwoofer, allowing increased linear excursion for even greater bass authority in the subterranean (100Hz and below) frequencies.

The M7-HPA (High-Pass Amplifier) is designed and built from the ground up to maximize the performance potential of Vandersteen’s powered-bass speakers, and represents a radical, ground-up rethinking of what a power amplifier and speaker system can be. (And should be!) Vandersteen has pioneered the use of subwoofer amplifiers custom-tailored to each speaker design in its powered-bass loudspeakers in conjunction with passive 100Hz high-pass filters for the ultimate performance. When paired with a Vandersteen powered-bass speaker like the flagship Model Seven Mk II, the M7-HPA monoblock forms a complete powered-bass speaker system in which the entire frequency range is driven by perfectly-tailored amplification.

Visit Vandersteen Audio and Optimal Enchantment at Suite 341 and Hear: