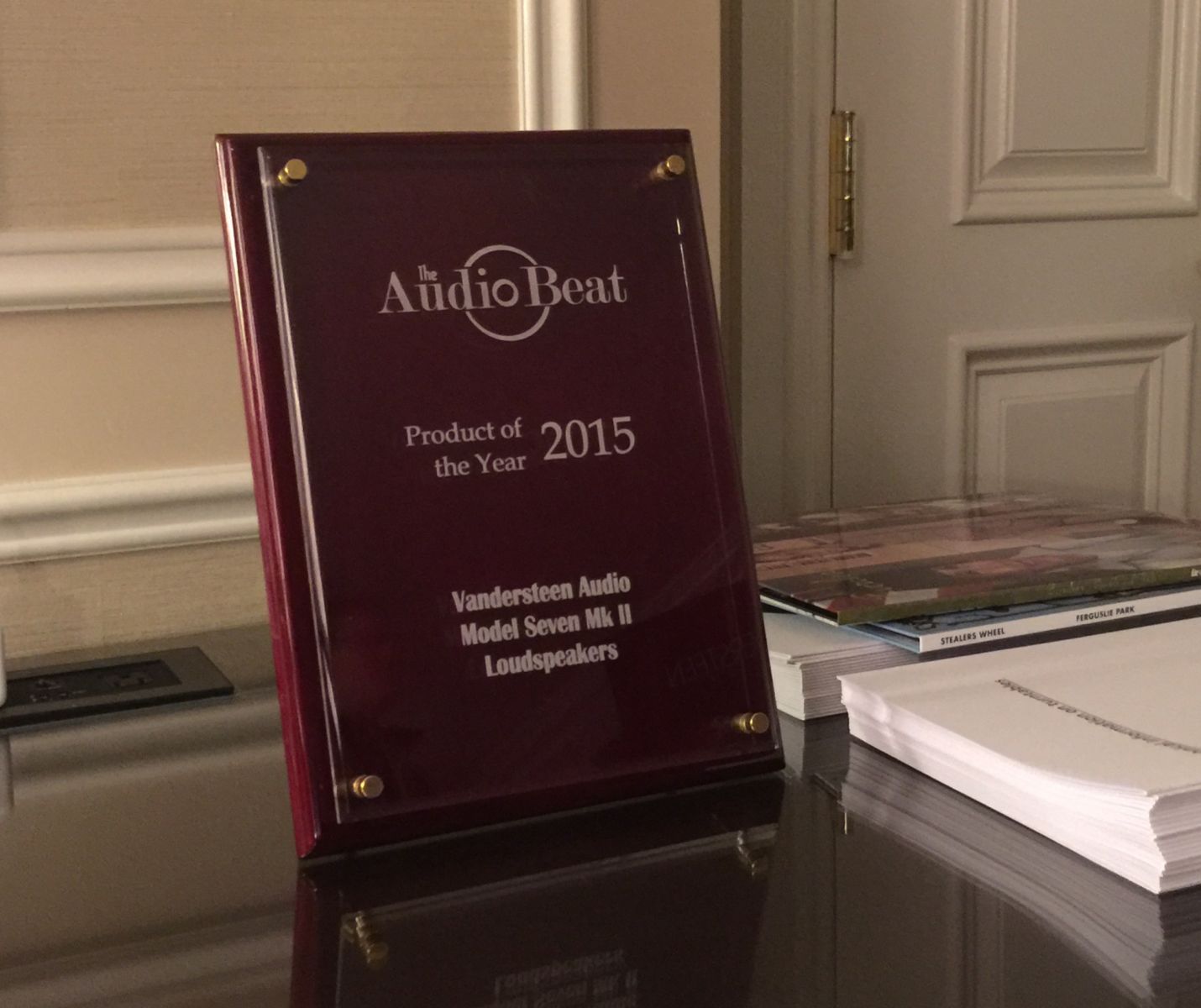 Vandersteen Audio's Model Seven Mk II was awarded The Audio Beat's 2015 Product of the Year! TAB's Marc Mickelson presented the award at CES 2016, and we are all extremely gratified, and what a tremendous start to 2016!

TAB's European Editor Roy Gregory wrote a wonderful review last year that wonderfully captured the things that are unique and especially moving about listening to Vandersteens in general, and obviously the flaghsip Model Seven Mk II as the ultimate expression of Richard Vandersteen's speaker design philosophies. If you've not read it yet, you are in for a genuine treat, it click HERE.

Marc Mickelson and other staffers at TAB have listened very carefully to first the Model Seven and then the MK II at many shows. Apparently when Roy thought the Seven Mk II worthy, the rest of the team unanimously agreed!

Below is TAB's Marc Mickelson presnting RV with the award. Thanks again to The Audio Beat for the careful listening, the passion and the accolades! 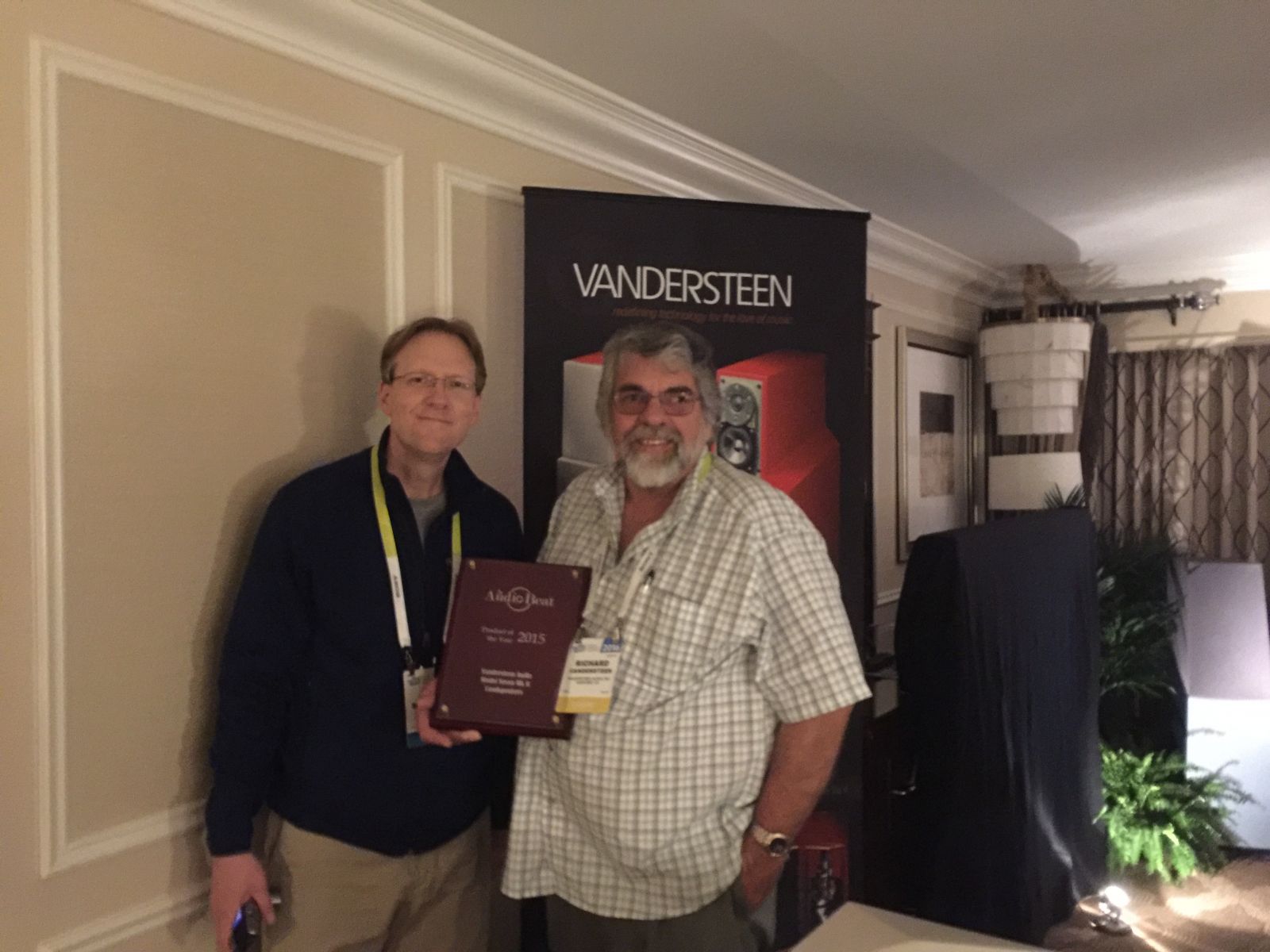