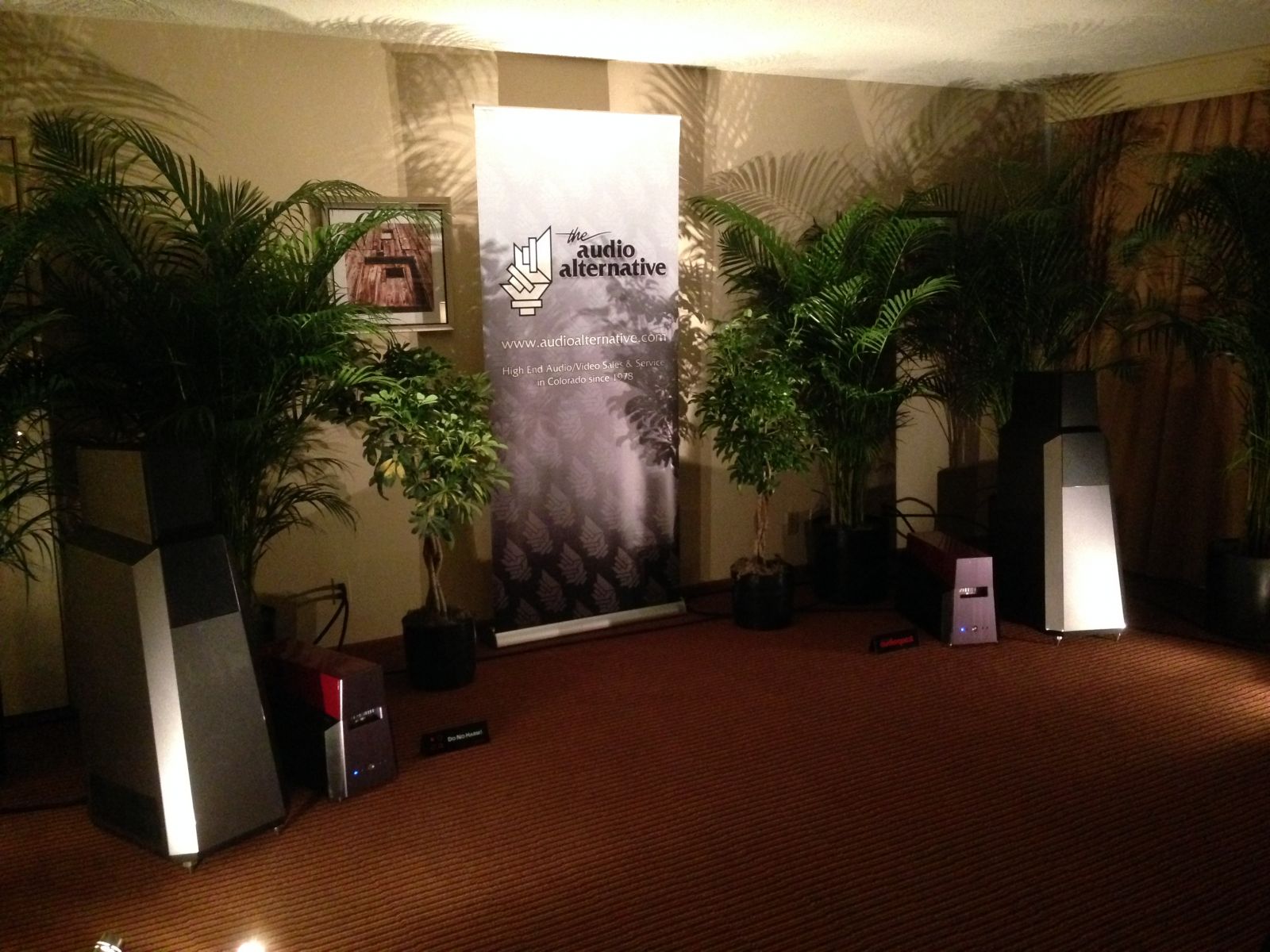 Vandersteen Audio had another FANTASTIC Rocky Mtn. Audio Fest this past weekend in 2014, and for those of you who couldn’t attend but want more real details about Vandersteen’s showing at RMAF 2014, we’ve prepared our own show report for you. We hope you enjoy this and find it informative!

In addition, we’re using this post to shamelessly promote Vandersteen’s consumer newsletter, the first edition of which will land next week. If you sign up HERE that report will include exclusive information on the new Model Seven, and more. And it’s free!

There’s no consumer show that we do that isn’t in partnership with one of our great dealers, and such is the case with RMAF at which our perennial partner is Rick Duplisea at Audio Alternative in Fort Collins, CO. Rick’s store in Colorado is in a large, two-story home and forget that it’s a store, it’s home to some of the best sound we’ve ever heard anywhere and Rick always does a superb job making killer sound in far more difficult environs at the Denver Tech Center Marriott.

This year’s room was special in featuring so many amazing new products. We at Vandersteen showed an experimental update to the mighty Model Seven, which were powered by the very latest iteration of the M7-HPA liquid-cooled amplifiers, and our friends at Brinkmann Audio debuted a brand-new turntable design called the Spyder that can accommodate up to four (!) tonearms. The table was configured with two arms, with a LYRA Atlas cartridge for stereo and a LYRA Kleos Mono for mono records. Trick! Audio Research provided the preamp and phono stage, while AudioQuest provided all the cabling and HRS the isolation system.

Suite 9030 has been Audio Alternative’s for years, and it’s a big room that was available for Rick because other manufacturers lost interest due to one side of the room being open and sucking out all the bass. However, having EQ’d powered-bass speakers at our disposal we’ve slain this dragon year after year and made killer sound, and this year the sound was far beyond anything we’ve achieved before.  It requires a few tricks in setup and bass EQ that aren’t typical- this year we ran the woofer levels hot during the EQ setup to increase the output across the 11 bands knowing the EQ allows much more trim than gain- but we nailed it even better than before.

This year we heard extraordinary transparency with pinpoint imaging and thumping, but totally controlled bass. The tonal purity, inner detail and musical texture was astonishing, and yet the system was completely natural and musically righteous. The micro-level dynamics when vocalists ramped up and down in power was mesmerizing, but overall dynamic contrast was immense! Rick Duplisea has an amazing and eclectic collection of music so we bounced from Diana Krall and Shirley Horn and Ray Brown to the Beatles, Murray Head and XTC and saw jaws drop.

At this show we saw more representatives from other companies in our room than we could believe and received more “best of show” compliments than we have at any other show we can recall. But perhaps the most meaningful compliments came from Rick’s customers, people who have heard Rick’s system at the show year after year. They simply could not believe the improvements they were hearing were due to some minor updates to the Model Seven and the new M7-HPA amplifiers! One of Rick’s customers was shocked to know that the ARC preamp and phono stage were actually a level down in the line from the system that was shown last year! 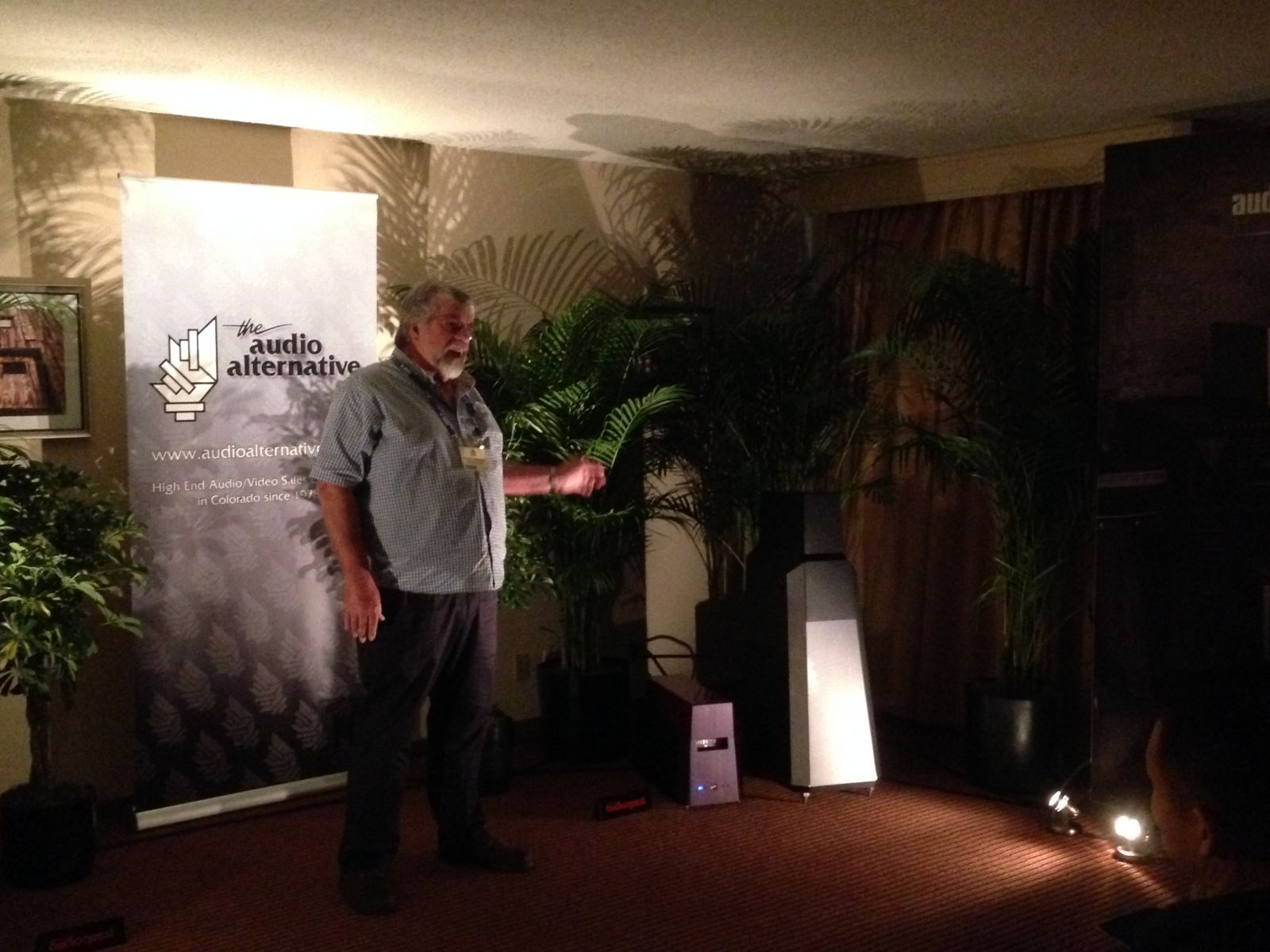 RV packed the house as he always does in his in-room seminars and informed people how and why he’ been using a high-pass approach to powered bass since the 80’s and how this concept evolved to designing his own High-Pass Amplifiers for use with his powered bass speakers. It was a real education for all who attended!

This is the third time we’ve played these more updated M7-HPA amplifiers, and the results were nothing short of astounding! We haven’t seen the blogs yet, but we are exceptionally pleased with the sound we made and the engagement we saw with show goers in general, and Rick’s customers in particular.