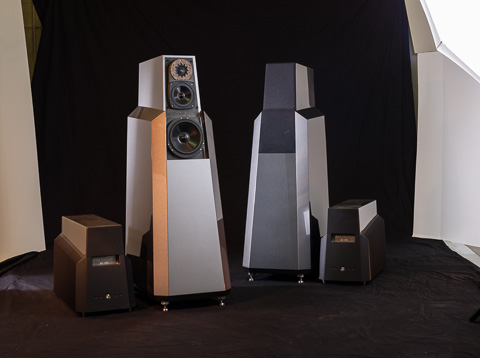 Stereophile's May 2016 issue features a knockout debut for our flagship powered-speaker system, which is comprised of our flagship Model Seven Mk II loudspeaker and the liquid-cooled M7-HPA monoblock power amplifier! JA lauded both the extension and transparency of our powered bass, and concluded an extraordinary string of accolades by praising the system for its "true full-range sound, superb transparency and soundstaging, and a magically palpable way with recorded voices." To wow a seasoned listener like JA to this degree is very gratifying to say the least!

However, regarding the sonics John also said something else very very meaningful to those of us who've long appreciated the spatial detail and "dimensional purity" of Vandersteen speakers. In discussing the expansion of soundstage depth with a particular recording he noted the increased distance between two of the players, saying, "I can only conjecture that that the Vandersteens' time-coherent behavior ... allows the brain to more readily make sense of the aural cues in the recording reconstruct an internal model of the recorded acoustic." Amen!

As wonderful as these accolades are the conclusion is even more extraordinary. Not only is this $114k statement system called out as a value, JA says that in today's uber high-end market this sysem is actually comparable to the performance-driven value proposition of the legendary Model 2!

Read the whole review HERE! Note that the online version has expanded text and many fanstastic images that weren't included in the print version!

This review of our best of the best products are a strong testament to Vandersteen's stature as a technology-driven company that offers its customers extraordinary performance and value across the broadest range of budgets in the industry!